The holy trinity. Just kidding. I’m writing my blog having finished all my treatment, but I’m still telling my story chronologically through blog writing. I found social media and my mental health went really horribly well with each other when I was going through my diagnosis and chemotherapy especially. I struggled really hard to manage my social media and messages, and this impacted my mental health. 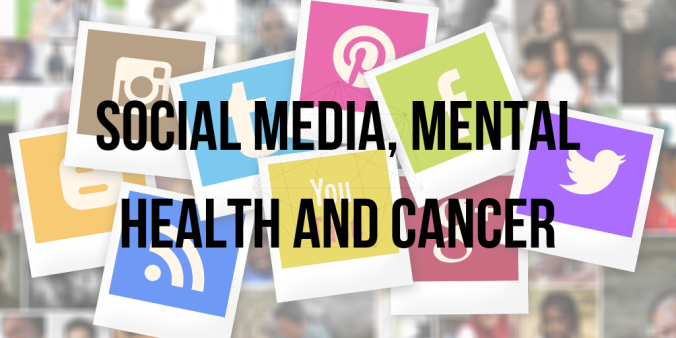 During my diagnosis of lymphoma, my phone was blowing up with messages and people telling me that they were hoping, praying and wishing me well. I was grateful to have the support but at the same time, it was slowly eating away at me. Growing up, I never wanted to be the centre of attention, I never wanted to be the centre of drama, and suddenly, there I was… I was in the midst of a crisis. I wasn’t coping well staying in the hospital either; so social media really added to the struggle. As I’m quite young, our generation seem to have a real problem with our phones, we’re joint at the hip with technology. But this was the first time in my life, where I didn’t want to touch my phone. I felt like I was letting people down. I stopped texting people, including family and my boyfriend at times. The only thing I really wanted was to hear their voices, so calling was actually my saviour of sanity in there. Looking back, I think it’s okay to seclude yourself from the outside world. Because, only you know what your reality is, only you know the truth in it all, only you know how you’re feeling and what you’re capable of. Ask for help when you need it, and talk to people, hear their voices and find comfort in that.

Most people put up this facade online, an altered reality of who they are, and seeing people’s lives carry on like normal was selfishly heartbreaking to me. Why am I experiencing one of the worst things in life? And people were having the BEST time. It’s hard to separate the thoughts that, we’re only seeing glimpses of people’s lives on social media, and it is often more positives than negatives, people want to flaunt the great things. The world doesn’t stop when something happens to you. So it’s okay to take a step back, it’s okay to feel selfishly awful, it’s okay to feel this way.

Going through chemotherapy, I was slowly getting back into my relationship with my phone. Although, it did take a while. I would only use my phone to watch Netflix, specifically Brooklyn Nine Nine. I would fall asleep at 9pm, the earliest I’ve slept consistently as a young adult before. I would wake up, and my mum would message me every morning (while she was at work) to check I’ve taken my tablets. And then I would go downstairs and watch television. Social media didn’t really play a part in my day, and it was actually quite good for me. Most of the time, I felt too sick to concentrate on replying to people, and the last thing I wanted to do was stare at a small screen.

Having to feel like you constantly need to update people, and feeling like you’re worrying them if you don’t reply, it can be really damaging on your mental health. The best thing I did was: if I had a general update on my health, I would write a generic text in my notes and copy and paste it to the people that needed it. And they can let people know what I’ve said. It just made it so much easier, and even if it was just to tell people I was okay.

It was only really when I finished chemotherapy when I got back into my social media routine. Especially when we were in America, as it was the only way to communicate to family and friends that were still in England.

So I’m sorry if I ignored your message, but it was the best thing I could’ve done at the time for my mental health. And I actually recommend taking a step back from social media because it was one less thing to worry about.